5 Things to do in London that are NOT the Olympics

With the closing of the Queen’s Diamond Jubilee ceremonies, all eyes are on London and the festivities. This isn’t London’s only time in the spotlight this year: the city is hosting the 2012 Summer Olympics from July 27 to August 12. While the Games are sure to be a spectacular event, there are plenty of other options for those travelers who couldn’t get tickets, blew that 100 yard dash, or just happen to be in London later this summer. With this in mind, the members and editors of travel website VirtualTourist.com  present the “Top 5 Things to Do in London that Are NOT the Olympics.” 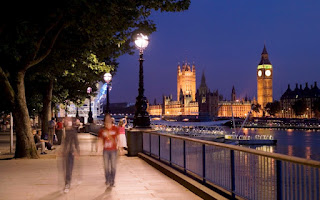 1.   Art Masters: Damien Hirst at Tate Modern and Metamorphosis: Titian at the National Gallery
While opinions differ regarding the quality of his art and whether he deserves the notoriety accompanying it, Damien Hirst is undoubtedly one of the most famous contemporary artists in Britain, if not the world. This is the first substantial survey of his work in a British institution and it will be presented by the Tate Modern.  The exhibit, running until September 9, will include a retrospective of the last two decades, complete with some of his “greatest hits:” a shark suspended in formaldehyde and a sculpture of a bisected cow and calf. If Italian Masters are more your speed, the National Gallery will be presenting Metamorphosis: Titian 2012 from July 11 to September 23. Three of Italian artist Titian’s paintings were inspired by scenes from Ovid’s poem, Metamorphoses, and the gallery has commissioned new ballet, painting, and poetry works inspired by both Ovid’s Metamorphoses and Titian’s mythological paintings. While admission is free to the Titian exhibit, timed tickets are required for all non-Tate members for the Damien Hirst show.  Photo Courtesy of London & Partners
2.   Two Glamourous Exhibits: Christian Louboutin & Ballgowns
There are two museum exhibits this summer that celebrate fashion and glamour: Christian Louboutin at the Design Museum and Ballgowns: British Glamour at the V&A at the Victoria and Albert Museum. The Christian Louboutin exhibit, running through July 9, features pieces from his personal archives which showcase his designs, methods, and inspirations. On the other side of the Thames, the Victoria & Albert Museum will be presenting Ballgowns: British Glamour at the V&A, an exhibit showcasing over 60 dresses from the past 60 years. Not only will the show highlight some of Britain’s greatest designers, the gowns have been worn by some of the UK’s greatest clotheshorses, from Princess Diana to Elizabeth Hurley. Ballgowns: British Glamour at the V&A will be running until January 6, 2013. Both shows require timed tickets and advance booking is strongly recommended.
3.   Drama: Julius Caesar from the RSC at Noel Coward Theatre
As part of the World Shakespeare Festival, the Royal Shakespeare Company will be presenting a pan-African version of Shakespeare’s Julius Caesar. Shakespeare’s great political thriller finds dark, contemporary echoes in modern Africa, and the play’s director, RSC Chief Associate Director Gregory Doran, stated that his African concept for the production was influenced by the Robben Island Shakespeare and learning how much Shakespeare’s work influenced Nelson Mandela and other African political leaders. The show is running at the Royal Shakespeare Theatre in Stratford upon Avon until July 7, followed by the Theatre Royal in Newcastle upon Tyne from July 16 – 28. The show will run in London from August 1 thru October 31 at the Noel Coward Theatre on St. Martin’s Lane in Covent Garden, and then tour the UK through late October.
4.        4.    Film: The Genius of Hitchcock
From June 1 to August 31, Alfred Hitchcock’s entire collection will be screened at the BFI Southbank. In addition to this presentation, Hitchcock’s silent films have also been restored and will be presented in unique venues across London.  Hitchcock’s 1929 film Blackmail will be presented outdoors at the British Museum, and The Ring will be shown at Hackney Empire, both with live music accompaniment. Hitchcock’s The Birds will be presented at Someset House as part of its open air film series; this series also includes classics like Apocalypse Now and Boogie Nights, as well as UK Premieres of On the Road and Lawless.
5.   Music: Radio 1’s Hackney Weekend and Wynton Marsalis’ Swing Symphony
As part of the “Cultural Olympiad,” the cultural celebration coinciding with the Olympic and Paralympic Games, Radio 1 is putting on Hackney Weekend, a free concert for over 100,000 people at Hackney Marshes on June 23 – 24. Confirmed performers include Jay-Z, Florence + the Machine, Rihanna, and Jack White, among many others. If you’ll be in London later in the summer, Wynton Marsalis will be hosting a tribute to great American jazz artists and composers at the Barbican Hall on July 25 & 26. The event will feature the London Symphony Orchestra, as well as the UK premiere of Marsalis’ swing symphony. If none of these fascinating exhibits and events can quell the sting of missing out on Olympic glory, serious fans should know that the city of London will have large screens in Hyde Park, Victoria Park, and Trafalgar Square showing live feeds of the London 2012 Olympic and Paralympic Games. If attending a sporting event is one’s goal, don’t forget that the world’s longest-running and most prestigious tennis tournament, Wimbledon, takes places outside of London from June 25 through July 8.
Whatever your taste or past time, London truly offers it all, especially this summer. For more information about Things to Do in London, check out VirtualTourist’s London Travel Guide available here.
VirtualTourist.com is the premier resource for travelers seeking an insider’s perspective.  Real travel tips, reviews and photos from real people who have actually been there and done that; this is what makes the travel content on VirtualTourist so useful!  If you would like additional information about VT, or photos, please do not hesitate to get in touch.
Blog post by
Kimberly Stirdivant Wason
PR & Marketing
Kimberly@VirtualTourist.com.