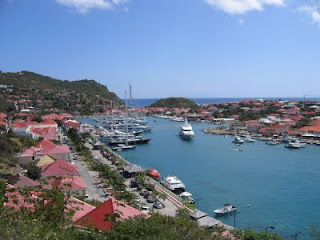 St Barts has been dubbed the St Tropez of the Caribbean. The tiny 8 square mile French run island is a celebrity haven that blends sophistication and elegance with the laid-back Caribbean vibe. The entire island is picture perfect with glorious beaches and bougainvillea aplenty.

After being discovered by Columbus in 1493, this piece of paradise was swapped between Sweden and France until it finally became part of the French West Indies in 1877 for good. It wasn’t until Rockefeller purchased a piece of the island in the late 50’s that it became a playground for the rich and famous. Today, it’s a firm favourite with the A’list thanks to its good looks, laid-back charm and more than a touch of class!

Why go?
The main reason to visit St Barts is that there isn’t one. There is nothing to do on the island apart from relax and enjoy the 22 fantastic beaches and 100 or so restaurants. It’s all about slow living, getting a tan and sampling some gourmet food. And, since St Barts is crime free you’ll have no keys, no doors to lock and no worries. It’s literally a safe haven in the West Indies.

When should you go?
The Christmas ‘season’ is the best time to go for mingling with the stars like J Lo, Uma Thurman, but be warned – the traffic and prices peak. The weather is fantastic all year round, aside from September when it’s officially hurricane season. Mid August is the live music festival organised by Boubou, Yannick Noah’s partner in crime. Join in impromptu jamming sessions with the likes of Manu Dibango and The Christians.